I believe in the idea that infertility outcasts childless couples (though this seems more common for women).  Those who have children that I’ve interacted with on the internet have told me that I am crazy and that they know many people who don’t have children that lead fulfilling lives.  While that might be true who is to say that these people deep down are happy?  I know a lot of my colleagues at work are not aware of how much this has deeply impacted my life even the ones that I have told about my infertility.  And let me be clear, I never blurt out that I am infertile to anyone.  If people ask me whether I have children, I tell them that my wife and I are unable to.  Most of the time I am told I am sorry to hear that.

In my job I work with people from all over the US and have national conferences where I travel with two sets of people.   The first set is an older group (mostly men) who almost all of them are in their 40’s, 50’s and older with grown children.  This group doesn’t bother me.  I just came back from a conference with this group where I was asked if I had children in three different cases and came out to each of them.  The first was a guy who I had just met so it wasn’t a big deal he just said he was sorry.  The second was an older man who just turned 50 with grown kids.  When I told him he was very empathetic and explained how his sister went through it and ended up adopting.  He said that he understood its a rough process that takes a toll on a person and their marriage.  I appreciated it especially since he’s a great guy that I enjoy hanging out with at these conferences.  The third person (it was actually a group of three other women) was at dinner with people talking about their kids when I was asked.  They were all empathetic and it turns out one of them didn’t and couldn’t have kids.  For her she wanted to focus on her career but found out that her and her husband couldn’t have kids anyway.  It didn’t seem like a big deal to her but I didn’t want to pry because you never know what wounds you might open up if there are any.  As I said before this group of people hasn’t been that triggering for me.

The second group of colleagues I interact with are a younger group and they are mostly women.  Let me be clear, I have mostly worked with women in my professional career and have had just as many female bosses as I’ve had male bosses and gotten along with all by one set of women that I’ve worked with.  Outside of one person in this group, no one else in this group knows of my infertility.  It didn’t bring it up last February or even last September at the two conferences I attended last year.  Though in the last year two of the men who are around my age had their first child last year.  Another woman who happens to work in one of our regional offices that I frequent once or twice a month gave birth in October.  The last month of her pregnancy she worked out of the office I work out of which was triggering at times to see.  But then today I found out a woman who is around my age who had been on medical leave since the summer gave birth recently and wasn’t going to return to work.  I had no idea why she was on medical leave.  When I saw her last in February of last year she said her and her husband were hoping to have a child soon but she wasn’t pregnant at the time.  I can only assume she got pregnant had health issues but was ok and gave birth in the end.

Don’t get me wrong I am happy for these people and their new families but it’s just a reminder that my wife and I will never get to experience a pregnancy, a birth and maybe never will become parents.  The first week in March, I will be spending three days with these people at a conference in Chicago.  While it’s always good to see them, I am curious as to whether I will be asked about whether I will be asked by anyone about whether my wife and I have children.  As I said before I never talk about my infertility unless I am asked about whether I have kids.  I never try to take away from a conversation and put a damper on it.   I will try to distance myself from those conversations where those with young children are showing pictures of their but that group is getting smaller.

As outcasted as I feel in my personal life, which I can manage its becoming even harder in my professional life.  I am doing my best to not let it can in the way of getting business done and establishing and growing my professional network.  But feeling like the odd person out is no fun.  Not being able to participate in conversations because I am unable to have children makes it tough to continue to develop relationships.  It’s starting to get old with me as I look to find out what exactly is my purpose.  Is my purpose to be the odd person or part of an odd couple out? 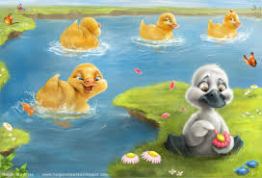 8 thoughts on “The Odd Person Out”