Recently (actually 2 months ago) I wrote about how I have unexpectedly gotten back into running having run a 10K on the 4th of July. I spoke of the possibility of attempting to run a half marathon. For those of you who follow me on twitter you know that possibility is now a reality. I have registered to run a half marathon on a week from this Sunday (November 2nd). For the first time since my infertility diagnosis it’s something I am looking forward to and have been working towards with maximum effort.

A runner needs to have a similar mind set and approach that an infertile couple has in addition to having a training plan and be willing to be flexible with that plan as things will never go as planned. When I set out in late July to train for the half marathon I developed a training program that included three days where I would run with one day being a speed workout (track), the second being shorter quicker pace run and the third being a slower pace long distance run. In addition there would be two days a week where I would cross train meaning I would either bike, go to spin class or use the elliptical machine. Each week I would increase and vary the intensity of my workouts either in distance or pace. As the case with try to have kids couples set out with a plan that they map out when they will start trying. In both cases unexpected things come up that derail those plans.

I had dealt with calf tightness in the spring time when I was getting back into shape, so I started to wear compression sleeves on both legs which helped. But three weeks into my half marathon training the calf tightness turned into Achilles tendinitis. The training plan I had mapped out now had to be adjusted. I had to take almost a week off from running, dial back my distance, drop the speed workouts for a few weeks, add more stretching to my routine and ice both ankles after each run. The other option I had was to pass on running the race and heal. It probably wouldn’t have been a bad decision but having registered for the race I felt I could manage it through the race and then could take time off after the race.

Infertility takes a couples plan for having children and forces them to make adjustments and do things differently. Rather than having children the natural way couples either go through treatments or pursue adopting or decide to move forward ChildFree/Childless. For every couple that decision is different and there is no right or wrong answer.

Running a distance race from a mental standpoint takes patience, discipline, focus and determination. As with a training plan for distance running, running the actual race deals a runner adversity and what they initially set out to do in terms of pacing will change. A runner may start out at too quick a pace and need to slow down in the middle of the race so they have enough energy to have a strong finish for that last mile. They may get a cramp that forces them to slow down at a certain point. Finally there is the runners wall that marathon runners talk about. The wall is a point in the race where you feel you have nothing left to give to that race. It can mentally destroy a runner’s confidence. But if a runner is able to break through that wall, it gives them a boost leading them to finish the race. The runner recognizes that the race is not a sprint but a marathon with peaks and valleys before crossing the finish line.

Surviving infertility from a mental and emotional standpoint takes patience, discipline, focus, honesty with one self and the ability to be flexible. When I say surviving infertility I’m not so much referring to a baby being the end result as I am a couple not breaking down and falling a part as a couple and as individuals. It’s easy for a couple to want to rush to the baby being the end result rather than pacing themselves making the best educated decision based upon the circumstances.

Runners are competitive people who like to compare themselves. They also talk to one another to see how each of them train and approach races. But the reality is not everyone is the same. Our bodies are all different. What works for one runner isn’t going to work for other runners. The shoes we wear will be different depending upon our arches, how we strike the ground with our foot and our stride. It’s important for a runner to recognize that they are unique and do what works for them recognizing their limitations.

Infertile couples while not competitive athletes compare themselves to other couples. They compare themselves to people with children feeling inadequate that their bodies don’t operate the way others do. Those going through treatments compare themselves to people who were able to have successful treatments. Those in the infertility community also share experiences to learn from each other and apply it to how they go about their journeys. It’s important for infertile couples to recognize that everyone’s body is different and not everyone’s journey will end with a baby or child for that matter. There is no right or wrong answer it’s what works for that couple.

Looking at K & I and where we are at in the infertility journey and using a running analogy almost two years after my diagnose we are at that runners wall not sure how to break through that wall. We started out with a nice pace slower than my liking but it’s a pace that’s worked for us and allowed us to work on things so we make the best decision possible that works for us. The last thing we want to do is rush to a decision and not have enough left to finish strong. After all the infertility journey is a marathon not a sprint. 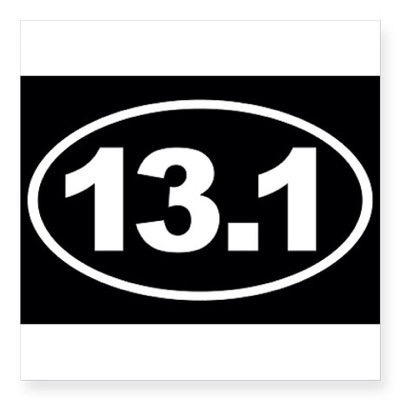 9 thoughts on “Running and Infertility”